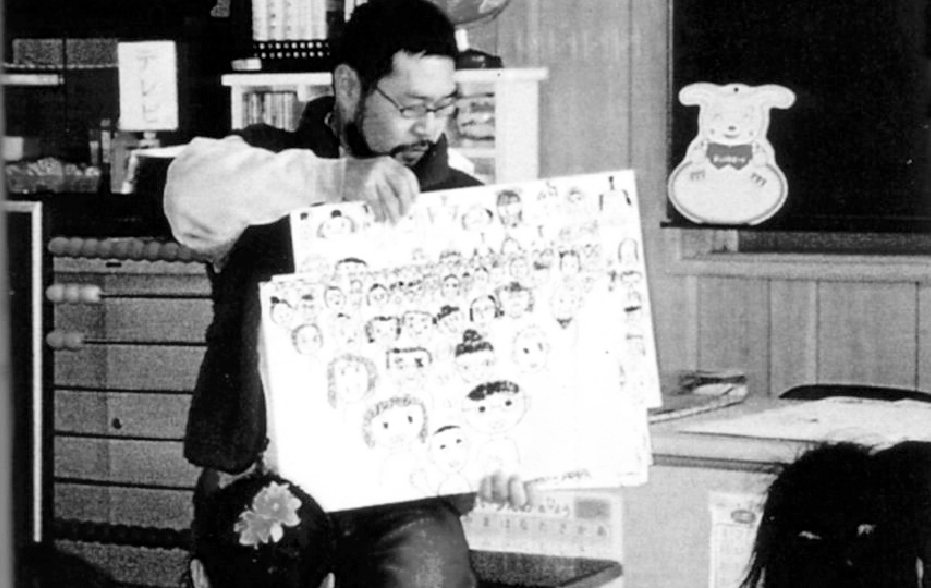 It all started in the 2000s when murder accidents in which children were victims and perpetrators occurred on after another.
I felt a sense of crisis that he needs to tell the preciousness of life to children in a state where life was easily damaged and lost.
I drew picture books in a hurry, self-published them, and distributed them to people close to me.
It happened to be in the eye of Sunmark Publishing, and in 2004, when it was published nationwide as “Inochi no Matsuri – Nuchinugusuji-” and quickly overlapping editions, it was adopted in a morality textbook in elementary school.

Political turmoil, economic stagnation, social confusion, natural disasters and environmental destruction, and anxiety about the future.
Japan should have become richer, life that should have become convenient, but there is a sense of blockage in the world, and I feel that the appearance of true “happiness” is being lost.
I think that the essential cause is that the consciousness to ‘connect life’, the important thing which should be a roadteacher is lost, and the insignificant was mistaken for the essential.
Originally, it is politics, economy, and education to continue and develop life, but on the contrary, all life is consumed like tools and worn down in order to develop them.
Each person may have different answers about what they live for, what they learn for, and what they work for, but ultimately it should be to ‘connect life’ and to ‘cherish life’.

In fact, life is not something that can be personalized. It is arrogant to think your life is just yours.
The individual “I” is an existence that was born thanks to the connections that our ancestors carefully carried, and is supported to live by many other lives, and is in life that circulates vertically and horizontally.
With the look for the future, “I” can be said to be a passing point for the circulating life to continue in the future.
It is my mission to live now to better connect this life that has achieved through tremendous history with all species.
It is not a question of whether or not you become a parent, but it is your responsibility as an adult to take care of “life” around you and to show a sincere attitude toward ‘life’.

I think that it is necessary to tell the children who bear the next generation what the essence of “life” is because now is the time that life is lightly treated.
I am glad because many people should have empathized with my thought to talk about “life” to be adopted in the textbook of morality, and that a lot of people all over the world read them as well.
In addition, we need to deeply understanding of “life” that circulates and to respect both ouselves and others who are part of it in oreder to talk to children about it.
It is a series of “Inochi no Matsuri” published as a picture book, but we hope that it will be an opportunity for not only children but also adults to think about “life”.

In the popularity, the “Inochi no Matsuri” was made into a series, and it was translated and published in several overseas countries, mainly in Asia such as China and Korea.
In 2009, it was selected as a representative work of Japan at Bologna Children’s Book Fair.
Since 2013, it has been broadcast on NHK’s “TV picture book” to date.