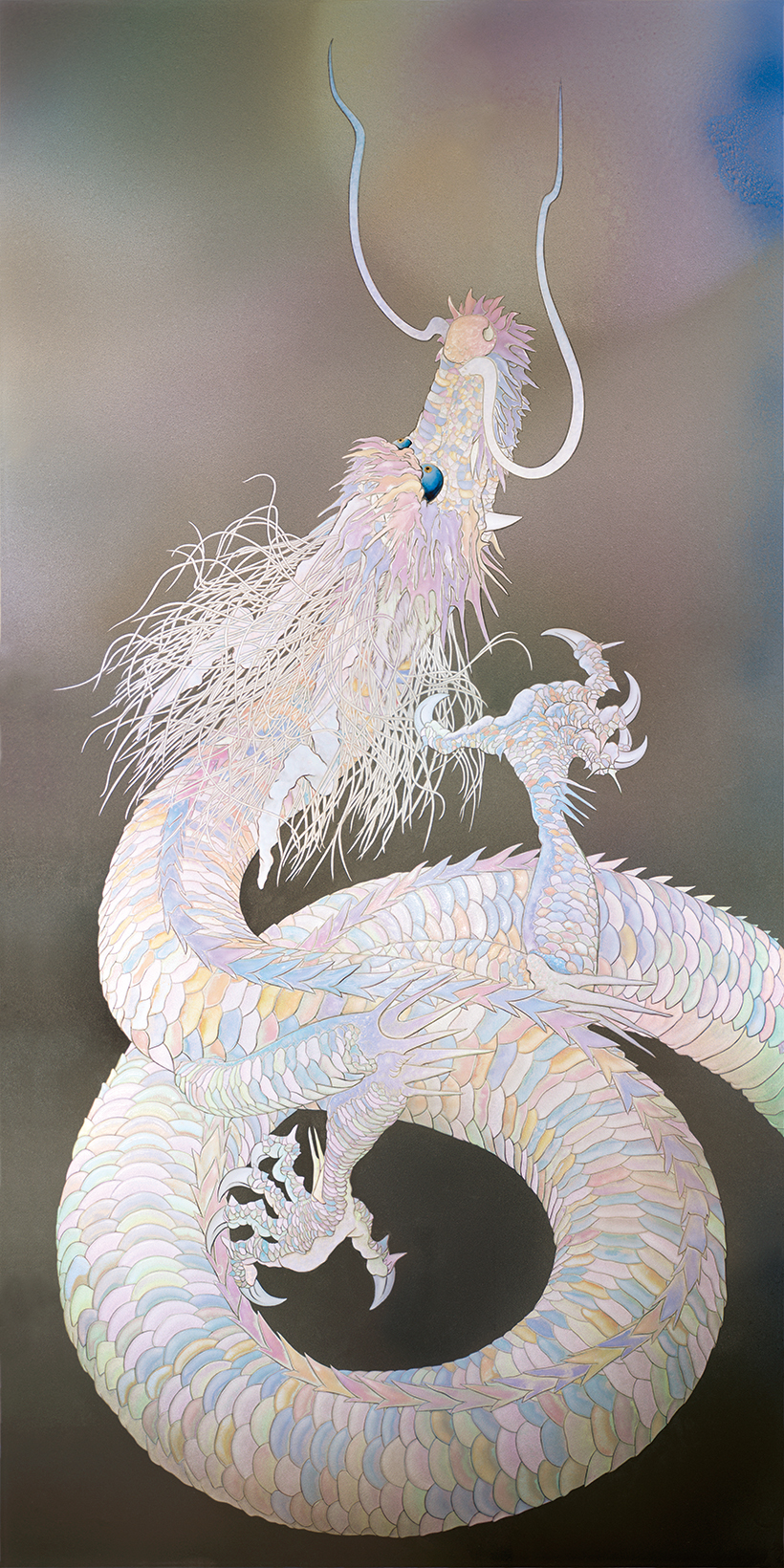 It has been 10 years since I announced the rainbow dragon “Toki ha Ima (time is now)”.

It is now a representative work of Kusaba Kazuhisa Studio.

This work is also a work that reached the establishment of “expression that can only be done with Tosaiga” by mastering the method of painting and the firing temperature in a unique way using special minerals.

“Expression that can only be done with Tosaiga” means that the face of the work can change infinitely; the color of the work changes to seven colors depending on the angle of view and the type of light that illuminates the work.
This is also an expression that could not be achieved by many painting techniques such as oil painting, watercolor painting, and Japanese painting.
Since the technique of the production of this work is the first of its kind in the world of pottery and no one ever thought of it rather than difficult, people scoffed at it as a reckless challenge and impossible.

However, I repeated countless ty and error from the painting stage and continued to research to establish an unique technique with ‟radiance”.

It was a long road all the more to complete it.
After I completed this work, I had many wonderful
encounters.
Mysteriously, people from all over the world came to the gallery in the countryside of Saga;
Elder of new Zealand’s indigenous Waihata tribe (heir to the 5000 years of Ryuja(dragon and snake) tribe).
Elder of Hopi, one of Native American tribes (heir to the Water Tribe).

And many other priests related to dragons, both domestically and internationally.

From around this time, I feel the number of people who are interested in dragons and those who draw dragons increased all over Japan at once.

And it’s different from ‘dragon’ from old times.

The rainbow dragon brought me a lot of awareness.

I’m sure it had a role to guide me.

In particular, the awareness from the work Ryu no Tama(Houju) gave me the most confidence in my life.

It is the awareness that our bodies are destiny to disappear someday, but that the soul will remain like life energy, and that the love given will continue to exist changing its shape, that is the essence of life.

If you’re chasing only what you see, you won’t find anything really important.

In the same way, the memory of “life” engraved in us is not seen, but certainly exists.

My role through Tousaiga could be to restore the power to feel; to bring back those great meanings of life as a real experience.
“Toki ha Ima (Time is now)”.
Those are the origins of the name of this wok.”
And once again.
Now that the times are about to change, I think that the connection between life and soul is spreading quietly but surely into a big circle. 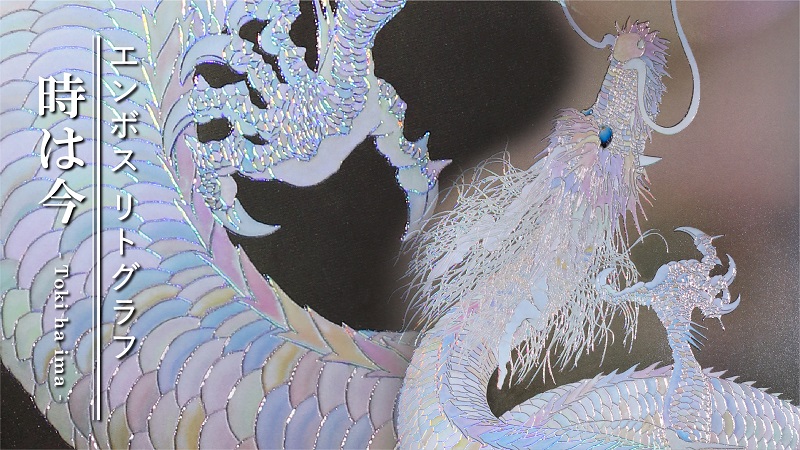 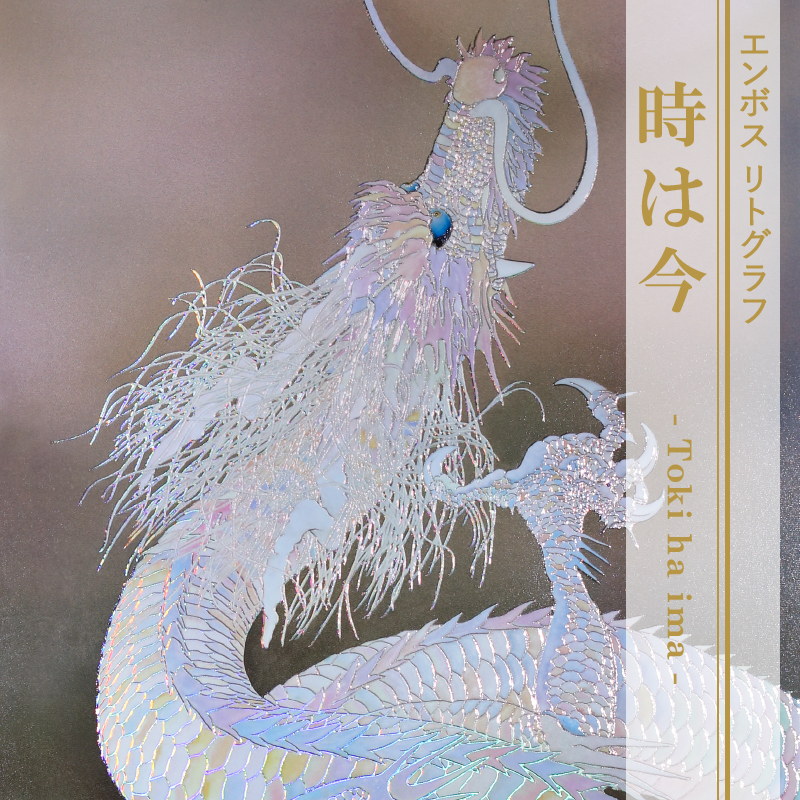