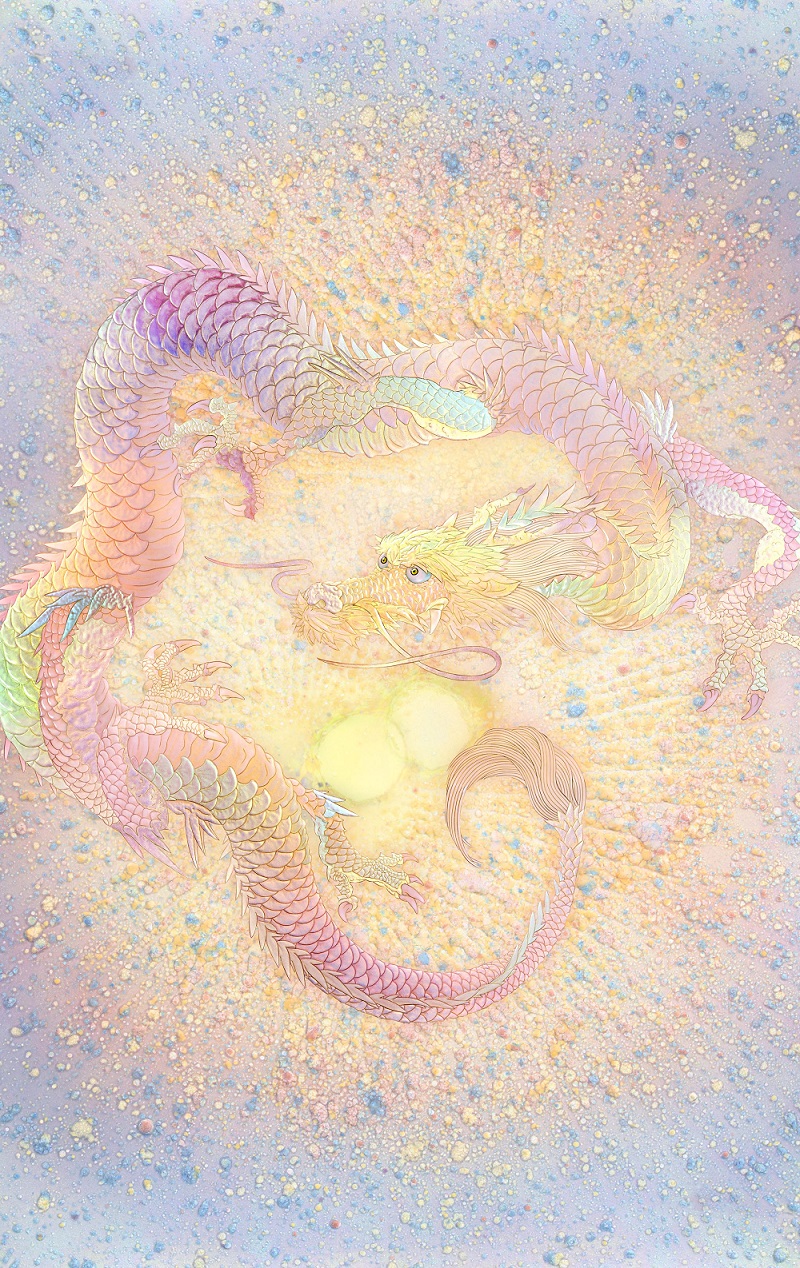 With the new year as an opportunity, I worked on the theme of “Dai-seimei (Great life)”, which will become the world view in the future.

As many of you may have heard, astrology is said to have entered the “age of wind” from the “age of land” on December 22, 2020, when Jupiter and Saturn overlap (it is said to be called the Great Junction).

It is an era in which a major change once every 200 years shifts from the values of material affluence that have been the major for the past 200 years to values centered on spiritual affluence such as circulation and spiritual pleasure.

I’m not familiar with astrology, and I don’t know the details, but it’s exciting.

It is a value based on the “life” that I have talked about so far.
‘The age of wind’ is an age division of astrology, but I think that our mind have already become exhausted by the modern view.

It has also been revealed that the true identity of the endless desire which leads us nowhere was not actual “Happiness”.

When it comes to life , we can think of two kinds.
One is the finite life (life span) paired with ‘death’.
Another is the life (large life) that we have been carrying since history (of life, of the earth, of the universe).
Because the sense of values of modern time is tend to be material things, we are trapped by the concept of former lief and the essence of “Life” has been forgotten as a result.

The life that we have seen in all things is limited to our life span (life), and it has become a source of ego and attachment.

In lectures on the theme of life, I often talk about the moment when fertilized eggs are born using images.

It is a start from only one fertilized egg that the life starts.

It is a story that starts from one cell.

This one cell makes a body while repeating the division again and again.

First of all, 100 million to 400million sperm aim at the uterus for fertilization, but 99% die before reaching it.

There are dozens or hundreds at the most of them that can go right in front of the egg.

And when only one surviving sperm luckyly goes into the egg, it becomes fertilization.

Well, who moves that one sperm?
It is also a miracle that there is genetic information in one of these tiny sperm, and I exist as one of life that was born from that very small world …

Who is doing this? What kind of power? why?

People sometimes use the word “great being”.
Some people call it God, others call it “Hotoke”, and others say “all things”, “nature”, “great universe”, and “miracle”.

The words are different, and they are not visible, but they are convinced that there is, but there is no way to name them. (That’s exactly what it is to be in awe.)

And we also feel a great will of the great one (= great life).

It is called “love” and “mission”.

I think that the time has come when we are seeking a way of life in which our will and great will overlap.

It is a powerful time to face the essence of life.

It is “Ryumo” that entrusted the appearance of the era to the dragon.
January 2021. I will show it to everyone.